In the top Fastest Growing Companies in Kansas City

We are honored that Artisun Solar has been recognized by Ingram’s magazine as among the top 10 fastest growing companies in Kansas City!

And we were recognized by the Kansas City Business Journal at number 4 in the fast 50!

Thank you to all of our team and customers!

It is worth noting there are 75,000 businesses with offices and staff in the greater Kansas City area. We are very excited for the recognition and growth.

Click to see the Corporate Report of the top 100 from Ingram’s July 2020 magazine:

The reputation you make out of the gate is one that will carry you to the finish line. Just ask Kirk Kreisel. “I started Artisun Solar in 2011 as a construction company that would install solar PV systems on commercial and industrial sites for other area developers during the Missouri solar boom at that time,” he recalls. “We quickly grew and were considered by our customers as one of the best contractors in our quality, performance, and ability to deliver our products on time and on budget.” An engineer by training, he found that the transition from contractor to a full-service solar company wasn’t easy, especially for a young entrepreneur with a family. “We grew steadily during that period and were soon working with some of the largest solar developers in the country, installing projects for end-user customers like Targets and Kohl’s as well as working on utility scale projects for large power producers,” he says. But with a good team, and what he calls “the good fortune of being in the right industry at the right time,” he’s on track for bigger and better things. “I feel that we are still growing and improving in what we do every day,” he says.

When Artisun launched in 2011, it only focused just on construction, completing solar installations for other developers, but around 2017 it ramped up its own sales, CEO Kirk Kreisel told the Business Journal. That decision paid off with an average annual revenue growth rate of 263.62%, which allowed Artisun to collect the No. 4 spot on this year’s Fast 50. The company ended 2019 with $8.02 million in revenue.

“We see markets on both sides of the state line really taking an interest in (solar energy) because it allows them to take control of their energy costs as they move forward,” Kreisel said.

Thank you to all our customers for their contributions to this growth! We strive to provide 100% customer satisfaction as we help businesses across Missouri and surrounding states utilize solar to reduce costs and improve profits. 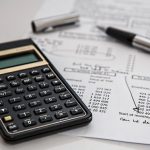 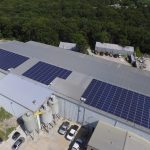